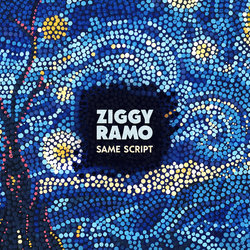 To say Ziggy Ramo’s voice is an important one in the Australian hip hop scene would be an understatement. At a time when artists like A.B. Original are swinging sledgehammers in their efforts to expose Indigenous issues in this country, Ziggy is right there beside them with a cut-throat razor, slicing deep into the heart of race relations in modern Australia.

Over the last year, the 22-year-old Perth-based artist has risen from “emerging” to “established” with his insightful, emotional and arresting debut EP 'Black Thoughts' quickly followed by the powerful single, ‘Black Face’. With a style that owes itself more to the Golden Era of hip hop than the glossy, over-produced, auto-tuned “rap gods” of today, Ziggy’s flow puts him in a league of his own.

Growing up in remote Arnhem Land, regional NSW, Sydney and Perth, his voice whether through music or public speaking, addresses the silenced injustices of Aboriginal Australia as well as other social issues. Lyrically influenced by artists such as Yasiin Bey (Mos Def), Lauryn Hill and Common, along with activists like Charlie Perkins, Gary Foley and Adam Goodes, Ziggy finds passion in giving voice to issues affecting those often unheard.


'Same Script' opens up the conversation about mental health, addressing the associated and unnecessary stigmas. In his own words, Ziggy's track acknowledges that "regardless of race, gender or sexuality, we can come to an understanding that no one is ever truly alone in what can be an uphill battle.”