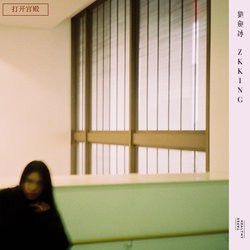 Melbourne-based producer/vocalist ZK king releases her debut cassette, OPENPALACES. Stemming from the claustrophobia of being concerned with how our bodies “are” / how they’re seen, the release tells the female experience of the body - and a personal understanding towards it according to who we’re with, where we are and the self containment which our bodies keep our minds in.

ZK king’s music is self-described as focusing on storytelling not only via lyricism, but through the visual imagery of her production and soundscapes. Since uploading demos to soundcloud a couple of years ago, she has collaborated with the likes of Rei So La and Stevan, and has developed a sound sure to appeal to fans of Ravyn Lenae or HTRK.

Outside of producing music, ZK king (Jamie Marina Lau) is a writer/author/poet, most notably publishing her first novel Pink Mountain on Locust Island through Brow Books in 2018.

OPENPALACES is out March 21st digitally and limited cassette through Healthy Tapes.


Produced by hip-hop producer Stoneset. The song entails the femme character that could be seen in the first two tracks from a third person perspective. The track is a bleak and violent perspective of femme experience. It draws the dusty mood of artists like Earl Sweatshirt and Medhane.