Youngsmith - I Will Not Forget 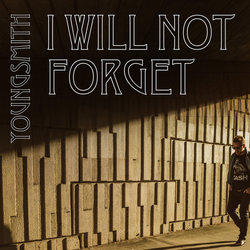 A veteran of the Brisbane local live music scene. Smith has been around in various forms releasing materials independently since 2013. His previous offerings being a 5 song EP called “Light” and single Wither and Red (release in 2015 and 2016).

He opened up his latest Australian Tour in August with a show at Brisbane’s Bearded Lady with tracks off his EP as well as new tracks Wither and big-hitter Red — the latter a sweet ditty about his auburn girlfriend which, after its May release date, took on a life of its own on the national radio circuit reaching the US through KPFK 90.7 in Los Angeles, San Diego, Ridgecrest and Santa Barbara, California.

After the tour launch, Smith played all over the country also garnering airplay from national community radio and Triple J’s Root N All program.

Smith has worked among the Brisbane music scene for over a decade in various forms, providing an important part to the songwriter and band landscape. Recently working with producers Bryce Moorhead (Violent Soho) and Timothy Carr (Matt Corby) has given Smith a wider audience through singles Red and now the latest release.


New single 'I Will Not Forget' for the first time leans Smith towards stadium rock territory, like ‘When I Grow Up’ by Garbage or 'Everlong' by Foo Fighters. Catchy hooks and beats surround lyrics speaking of personal demons and learning from your misteps along the way.