We Lost The Sea - Bogatyri 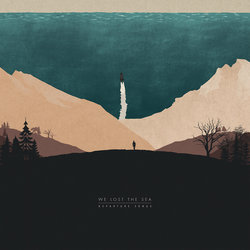 Formed in 2007, friends came together to create a new collection of noise that gathers relentless crushing guitars together with post-rock atmospherics and melody. Incorporating elements that hold up to the likes of Godspeed You! Black Emperor, Cult Of Luna, Mogwai and Sigur Ros.

In 2012, they released their second record 'The Quietest Place on Earth' through Bird's Robe Records, to acclaim from both fans and critics alike at home and internationally.

At the start of 2012, there was a slight change of line up and this breathed fresh air into the band.

In March 2013, their close friend and vocalist of the band, Chris Torpy, sadly took his own life aged only 24. This, naturally, was devastating for the band and the rest of 2013 was a rough ride, playing only 2 shows.

In 2015 the band released their third LP ‘ Departure Songs’. This record is their first all instrumental album and is a slight shift away from their old dynamic, not so unintentional as maturing in sound. The most personally experimental and emotional so far.

Expect some big things from this 6 piece.

Other tracks by We Lost The Sea: A Gallant Gentleman  -  Challenger Part 2: A Swan Song
%