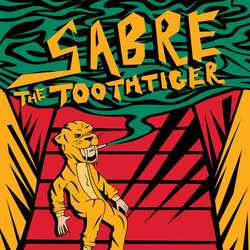 Sydney's psych-junk outfit WAWAWOW have a name to suit the magic – it’s half jam, half Tetris. Carved out of the itches of four frustrated instrumentalists, the group evolved from a like-this-but-weirder attitude to something eccentrically rectangular, with a sound described as “a data-driven Thee Oh Sees for kids that keep their shirt on”.

With a bent, frenzied view of the psych-rock genre, WAWAWOW combine jittery synth with sporadic B-52s style vocals and absurdly indulgent guitars. The four-piece alternate between rhythmic refrain and fuzzy overkill, using pudgy effects to create a “cheeky, trippy, and delightfully screwy” feel, like if Charles Mingus covered The Strokes. Blacklights, glowing drumsticks and triggered rope lights add to the band’s praised live show, with a non-stop monolithic performance that has been electrifying Australian audiences throughout 2018.

With a full length LP to be released by the end of 2018, WAWAWOW are throwing out a “big, eccentric sound that Sydney will surely be hearing a lot more from.” Dig it now and dig it fast.


An expression of the frustrations of collaborative songwriting, through a raucous merger of biting guitar licks and bit-crushed bass synth. Infuriated lyrics through screeching vocals are satirised with one-liner guitar punchlines, as if you put the White Album into a blender and baked it into a modern Bond theme.