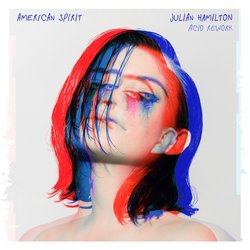 Washington is platinum-selling and ARIA award winning musician. The acute thinker and blistering performer has captivated music listeners with her ability to tell stories that inflate the spirit.

This year WASHINGTON has been doing a vast array of activities as is her way: The ‘rework’ of her single ‘Claws’ by Japanese Wallpaper was recently released, she performed BV’s for Japanese Wallpaper for Lily Allen support, surprise performance to elated fans at Mountain Goat Valley Festival in Brisbane, BV’s for Flint Eastwood’s triple J LAV, VAMFF (Melbourne Fashion Festival) launching the ‘Claws’ rework, hosting MusicNSW “Socials” event, she hit No. 1 on Apple Podcasts with commentary on RuPaul’s Drag Race, did a sold out headline performance at Adelaide Festival plus WASHINGTON has an upcoming Golden Age one off single launch on 26th April ahead of new single Dirty Churches (out May 3).


Julian Hamilton (The Presets) emailed WASHINGTON asking if he could do a remix of her single “American Spirit” – and the result was his “Acid Rework”.