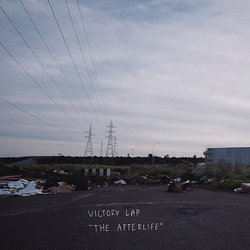 Alex’s recent involvement in the music scene has mostly been as a music video director - putting images to the songs of Paul Dempsey, Oh Mercy, Totally Mild and World’s End Press, to name a few…

In the spare moments between these projects, the debut Victory Lap album was intermittently written/recorded. The end result is a collection of morose, deadpan pop hooks and occasional guitar freakouts, propped up by disco beats and noodley basslines.

Alex is a freelance videographer/filmmaker by trade, working on a broad range of projects from TV commercials to short films. So naturally, being able to whip up a bunch of music videos without too much trouble, every song on the forthcoming album has an accompanying video.

Although currently a solo entity, band members have been recruited for the Victory Lap band that will take the stage in the coming months.


'The Afterlife' is a song about the feeling of early summer, soaking in magic hour with a little G&T buzz going on. It’s a woozy summertime jam with undertones of melancholic weariness – a breezy pop number with upbeat energy and down-and-out vibes.