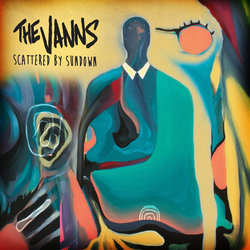 Having just released their latest single 'Operator' and wrapped up a lightning East Coast tour, The Vanns announce their 18 date 'Scattered By Sundown' national tour kicking off February 2015. From the Gold Coast to Tasmania, to Adelaide and many regional stops in between, The Vanns will be on the road throughout February and March.

The 'Scattered By Sundown' national tour will co-incide with their new EP of the same name, recorded in Melbourne with legendary award-winning producer Mark Opitz (AC/DC, INXS, Bad//Dreems).

Hailing from the New South Wales town of Kiama, The Vanns burst from the shadows of their rusty farm shed two years ago to deliver the sound of infectious earthy guitar driven rock. 2014 has been a busy year for the three-piece outfit, with ‘Operator’ following up recent singles 'Guilty Love' and 'Belmore Street' from their EP 2.0. Over the last few months The Vanns have toured Australia with the likes of Sticky Fingers, Kingswood, The Griswolds, Jinja Safari, Dappled Cities, Northeast Party House, Steve Smyth, Hey Geronimo and many more.