The Living End - Drop The Needle 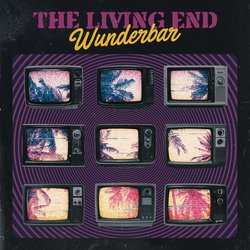 The Living End are legends of Australian music. Chris, Andy and Scott have released 8 albums, won 6 ARIA Awards and are considered one of the best live bands in the land. Their new Album 'Wunderbar' was released to acclaim with The Australian music writer Andrew McMillen proclaiming “Cheney is one of Australia’s greatest living rock song writers”. New single from the album is 'Drop The Needle'. The most popular so far on streaming services from the album. After writing an album’s worth of songs (and more), the band decamped to Berlin, where they holed up in a studio with producer Tobias Kuhn. The band had never worked with Tobias before, but found that they forged an instant connection with him. The result oddly was the most "Australian" sounding album the band have ever recorded.


'Drop The Needle' is a fast paced rock song that has a darker undertone lyrically. It's another classic from The Living End that is already a live favourite from their new 'Wunderbar' album which was released in September 2018 and debuted Top 5 on the ARIA Chart.