The Likes Of You - Superstar Housewife 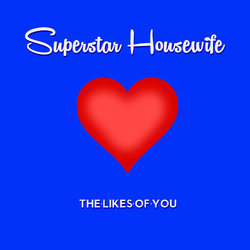 New single from Paul Scott's The Likes Of You. The Likes of You are a Sydney based musical collective based around singer/songwriter Paul Scott, ex Montana, Mr Blonde, Pop Mechanix and John Kennedy's 68 Comeback Special. Tracks from The Likes of You 2017 release 'For They Are Sailors Just Like You And Seasick Just The Same' received airplay on Brisbane's 4ZZZ, PBS in Melbourne and RTR Perth. The song 'Unpopular Music' was included on the compilation album Record Man which went top five in the Netherlands. The Likes of You play irregularly around Sydney.


Superstar Housewife might be Paul Scott's subconscious response, half a century later, to The 'Stones 'Mothers Little Helper' - a nervous meltdown amongst the appliances.