The Kite String Tangle - This Thing We Got 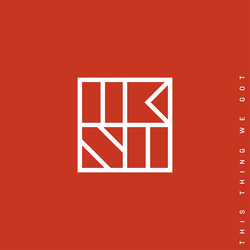 The triple threat producer, vocalist and songwriter made waves with his single ‘Given The Chance’, a track that reached Gold status in Australia, ‘Arcadia’, ‘Stone Cold’ and ‘What If’ followed; tracks that by now – are ubiquitous to the Australian music landscape. Alongside sold-out national headline shows, celebrated festival appearances including Splendour In The Grass, Falls Festival and Groovin the Moo, The Kite String Tangle landed in the Top 20 of both the 2013 & 2014 triple j Hottest 100’s. A series of sold out shows on his co-headline tour with Dustin Tebbutt followed, celebrating the release of their collaborative Illuminate EP. Outside of Australia, he's made waves across North America, UK and Japan, with headline shows and festival appearances including SXSW, Coachella (with Adventure Club), CMJ and Taico Festival (Japan).