Amrap's AirIt | Australian Music Radio Airplay Project :: Pop :: The Field Brothers - If You Should See Her

The Field Brothers - If You Should See Her 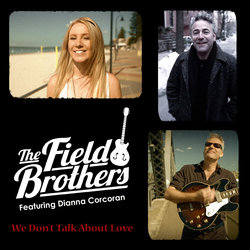 Extraordinary music is often created in ordinary places. A barn in the Catskills, a truck stop in Memphis or a garage in the western suburbs of Sydney. It's in the latter where Paul and John Field first honed their craft. As schoolboys John Field would slave various cassette players together to record their original tunes. Nicking a non-de-plume from the Rolling Stones, the duo formed the Cockroaches. The ensuing adventure saw the group break attendance records in certain pubs that had once been set by Cold Chisel. When the Cockroaches ran out of steam, the brothers went their separate ways… both still creating new music.
It's shared experience and a bond of brotherhood that has brought the pair together to record their album 1964. Like those old Stones and Elvis records the boys grew up on, the new venture parlays a love of roots music, country and something more intangible.
Highlights from 1964 include 'If You Should See Her', 'A Very Extraordinary Monday Morning' and 'Honey, We Survived'.
The pair have also taken the time to revisit songs written during the Cockroaches heyday, there's the poignant 'Rely On Me', 'Permanently Single' and 'Some Kind Of Girl'.

Other tracks by The Field Brothers: We Don’t Talk About Love  -  She’s Some Kind Of Girl
%