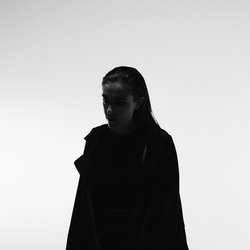 At only 21 years old, Teischa has lived a life enriched with experience beyond her years. Hailing from one of the world's most isolated cities; Perth in Western Australia, Teischa lead a nomadic lifestyle which has offered her a truly unique perspective that is evident in her music.

Her time in Thailand was particularly full of experience and inspiration. Teischa recalls living in a communal school, aged eight, when the devastating tsunami hit in 2004. Being on high ground, she calmly helped people inside for shelter, keeping a ledger of people that had come looking for their relatives that were missing. A few years later, when she was twelve and living in an ex-pats community, she befriended an Italian composer who agreed to teach her piano.

It was from learning piano that Teischa discovered she could sing, but she never pursued it properly until she was 16.

Teischa has gone onto work with some of Australia’s most accomplished producers and songwriters, including producer Alex Hope, known for her work with Troye Sivan and Tove Lo and signed with a powerful trio of agents across the world, not to mention her first publishing deal with Sony-ATV in late 2017.


"Haunt Me is about moving on and finding closure within yourself to let go of the lingering memory and feeling of a person once they are no longer in your life” says the 21 year old, explaining the autonomous nature of the lyrics in the single, produced by friend and collaborator, Sydney multi-instrumentalist SAKR.