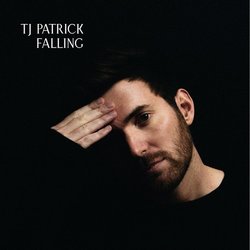 Born and raised in the Dandenong Ranges of Victoria, TJ Patrick has been working towards something special, creating songs that shed light on stories of raw and personal experiences. This combined with his philosophical and funny banter, TJ has been captivating audiences both in Australia and abroad.

His flair for songwriting was developed during a stint working alongside Aria award winning producer One Above. The pair wrote and recorded music for some of Australia’s finest artists. TJ’s bluesy, melodic guitar playing can be heard on records by Urthboy, PEZ, Drapht and the Hilltop Hoods’ platinum selling single, ‘Higher’. However, it was a tour of the USA that really captured his love for folk music. Sound tracked by the likes of Paul Simon, Dolly Parton and Gillian Welch, TJ embarked on a tour of the south playing at some of America’s most famous songwriter venues including Eddie’s Attic and the iconic Bluebird Café in Nashville.

For the past two years TJ has also been an ambassador for YGAP’s polished man campaign, twice selling out shows in Melbourne to fundraise for the event.


Melbourne based singer-songwriter TJ Patrick unveils a gentle gem of a new track, 'Falling'. The song was recorded with Ben Edgar (Angus and Julia Stone, Passenger, Gotye) in his home studio in the Dandenong Ranges. "I love the way we use the word 'falling'. Falling asleep, falling ill, falling pregnant. They all imply a kind of letting go of control..."