Steve Grady - What Are You Doing Tonight 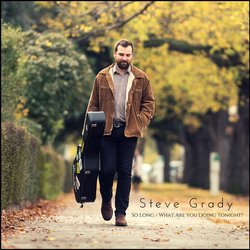 “I co-produced and mixed Josh Rennie-Hynes’ album at the same location in the month before doing mine, so as soon as we wrapped up recording his, we got stuck into mine. Killed two birds with one stone so to speak.”

The process was simple, they recorded one song per day, rarely coming back the second day to add anything, apart for overdubs like fiddle and pedal steel.

"We didn’t want any distractions, we slept in the shed/studio, recorded all day, played cricket in the afternoon, listened to Tom Petty at night, and did it all again the next day."
​
The very next day after recording the album, Steve drove down to Melbourne with a car packed full of guitars and records.

Other tracks by Steve Grady: So Long
%