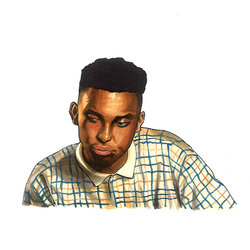 Stevan continues to outshine his own work with every song released, consistently tightening his production hand and showcasing a maturing acumen the country has been privileged to watch. Acclaim for his self-taught assets and thrilling output has consistently grown between his woozy introduction in “Timee” (which sits at almost 2 million global streams), the late-60s feel of follow up “LNT”, endearing love song “Warm”, and a chilled cover of Bill Withers’ “Ain’t No Sunshine”. Upon his debut, Stevan quickly achieved a full addition to triple j, playlist support from Apple Music and Spotify, plus the titles of FBi Independent Artist of the Week, triple j Unearthed Feature Artist and MTV’s Upload of the Week.

Launched into this success straight out of high school, Stevan soon made his mark on the stage in an acclaimed BIGSOUND 2019 appearance, where he was named by The Music as “the nicest person (we) met during BIGSOUND, as well as sharing of one of the most impressive sets of the week." Not slowing down, Stevan has since captivated crowds at Sound On Festival, Jameson’s House of Rounds, Fairgrounds Festival, and across supporting dates with Winston Surfshirt and Omar Apollo.


With his layered production at its finest, Stevan outlays intricate guitar sequences and flourishing melodies, showing his ability to make a good song great. A single about not overthinking and living free from the fear of regret, the young artist balances smooth sound designs with a punchy drum beat, easing into a realm of mellowed remedies and lush textures.