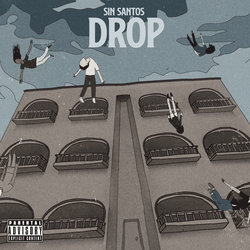 Sin Santos is a Melbourne-based Filipino-born rapper. Growing up in a Filipino household where music is played non-stop all day, he loved music in a young age. He has been greatly influenced with the music that is surrounding him with 'Rodeo', Travis Scott's masterpiece being one of his top favorites. He has been highly recognized for performing at The Get Down Events. One of his successful masterpiece is his debut album 'Sin' that paved its way for him to receive huge love from local publications and radio stations like SYN Hip Hop and Kiss FM. His single 'Drop' is his newest release and it kick-starts a chain of releases from him this year. He will be performing at the Gasometer stage on August 3rd in full support to his fellow label mate Boy Graduate and sharing the stage with them are Melbourne locals HAMLEY and Yabby Jones. Sin Santos has been consistent with his goal to showcase his versatility as an artist to his growing fan-base. By hearing 'Drop' which serves as a taste of what's to come, it is evident that he really has the determination to make a lot of breakthroughs in the music industry this year.


Following the considerable success of his debut album ‘Sin’, Sin Santos releases his newest single 'Drop' via Day Ones Records. It kick-starts a chain of releases from him this year. He wants to showcase to his growing fan-base his hunger and determination, which is evidently heard throughout the release.