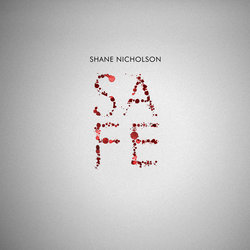 Safe, the opening track on the new album is produced by Matt Fell at Love Hz and is a compelling hint of things to come on his sixth studio album.

The new album follows Hell Breaks Loose, Shane’s most successful solo album to date which won an ARIA award in 2015 for Best Country Album and a Golden Guitar award in 2016 for Alternative Country Album of the Year. In recognition of his extraordinary and enduring talent Nicholson has won a total 3 ARIA Awards, 9 Golden Guitars and 2 APRA awards. He has also been nominated twice at the prestigious USA Americana Music Awards.

Shane Nicholson first made waves with Brisbane based rock band Pretty Violet Stain and released his debut solo album It’s A Movie in 2002. He enjoyed further success with two critically acclaimed duet albums with Kasey Chambers, including the ARIA #1 and Platinum-selling Rattlin’ Bones.

Through his work over the years as a singer-songwriter, multi-instrumentalist and producer (Alex Lloyd, Beccy Cole) Nicholson has successfully bridged the gap in the Australian music scene between mainstream and alt-country and will continue to break new ground with the release of Love and Blood.