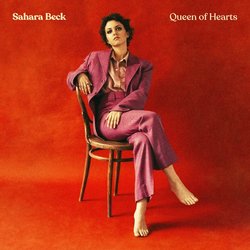 It's an inspiring evolution for the girl who wrote her first song at 12 and has already achieved so much. A natural entertainer, she’s graced the stages of The Falls Music & Arts Festival, Bigsound, Blues Festival Byron Bay and Festival of The Sun, and scored highly sought-after slots supporting esteemed artists like Bishop Briggs, Kim Churchill, Ball Park Music, Ocean Alley and Paul Kelly. Throw in big love from Triple J and community radio nationwide and coveted spots on Spotify and Apple’s new music playlists, and that CV is already looking pretty potent.

It’s a testament to Sahara’s songwriting and vision, and her creative alchemy with studio maestro Tony Buchen. She first worked with the Sydney-raised, Los-Angeles-based producer on ‘‘Here We Go Again’ and was so excited by the results, she couldn’t wait to to return.


Filled up with adrenalized art-pop, glistening guitars and undeniable beats, chased down with Sahara’s trademark sass and swagger