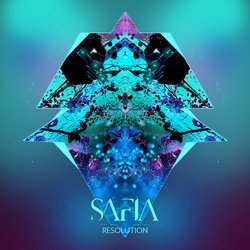 The Canberra three-piece are live force having sold out Australian headline tours, performing in arenas alongside Twenty One Pilots, Lorde, Disclosure and Rudimental, and have cemented themselves as Australian festival favourites as well as completing tours in US, UK/Europe and Asia.

Following their 2013 breakout single ‘Listen To Soul, Listen To Blues’ the trio released their debut album Internal in 2016 which brought ARIA Award and triple j J Award nominations. It saw them achieve 2 x Gold certified singles, and landed at #2 on the ARIA album chart.

The band have amassed over 140 million streams, not counting the collabs with Peking Duk ‘Take Me Over’ and Alison Wonderland ‘Take It To Reality’, and they have over 8 millions video views to date.


An expansive intoxicating track, ‘Resolution’ is drenched in nuance and blissful euphoria. Say the band of the track: "Resolution is the struggle of two opposing halves. It explores the inner dialogue of change and attempts to portray the feeling of freedom that comes when we separate ourselves from ego."