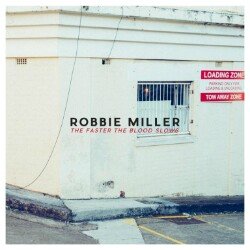 Brought up on the silky smooth beats of Cat Stevens, Van Morrison, and Neil Young, local and Indigenous Brisbane boy Robbie Miller brings a delicate and passionate voice to the Australian singer-songwriter scene.
Proving to be an insightful and “heartfelt” lyricist (The Music, 2013), Robbie led a successful 2013. Having won triple j Unearthed’s 2013 National Indigenous Music Awards (NIMAs), Robbie’s song ‘Don’t Go Walking Away’ gained national airplay, and he was instantly catapulted to attention as he earned a place on tour with The Paper Kites.
Bringing his gentle and charming nature to the stage, Robbie has irrevocably connected with his fans, sharing his experiences and vulnerability through the universal language of music.
Having spent a large portion of 2014 and 2015 relentlessly playing and writing, as well as releasing his first single ‘Sunday’ in October 2014, Robbie Miller is gearing up to release second single ‘The Pain’ and his debut EP The Faster The Blood Slows. With a rush of Triple J, public, and industry appreciation gathering behind him, the rest of 2015 is bound to belong to Robbie Miller.


Robbie Miller's latest single is very aptly titled 'The Pain'. Robbie's rich yet delicate vocals immediately throw you into the depths of this haunting track that leaves you wanting to stay and linger within its raw passion.