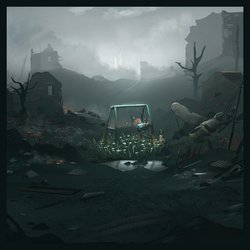 With thunderous drums, driving guitars and roaring, thought provoking melodies; Regular Bands unique sound and live show, create a connection with their audience that is endearing and are bound to get stuck in your head for years to come.

The end of 2017 saw 'em releasing two shiny new singles and to kick off 2018 they decided to share with the world their latest EP "In The Water" in early March.

Among headlining their own shows the band have played radio events, hotels, pizza parlours, bars and festivals.

They have landed support slots for THE DEAD LOVE, PIST IDIOTS, BUGS, PANDAMIC and International band TWIN PEAKS; with regular gigs and a growing fan base, this regular band has shown anything but regular effort with no sight of slowing down!

Sometimes it's the regular things in life that surprise you the most.

Written when emotions were high in the band, the song invites the listener to delve deep into their emotions and come out head banging on the other side.