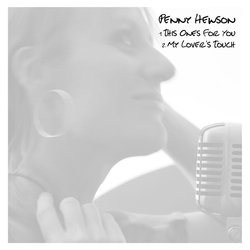 After ten years living in Los Angeles, Penny Hewson realized there was an increasing pull to move back to Australia, back to her roots, back amongst her “tribe” and to change the backdrop of her life. She packed her guitars and her grand piano onto a big container ship to travel the high seas and to meet back up with her on Melbourne soil, where Penny set herself up in an apartment overlooking Port Phillip Bay and set about writing and compiling the assorted songs she had been collecting along the way. One morning at the Galleon café in St Kilda she fortuitously crossed paths with producer Phil Butson who offered to bring his studio equipment over to her place. They would set up and record her songs in her own space on her own piano, as organically as possible, exactly where she’d sit each day to play and sing.

Over the ensuing weeks in its own momentum 'It's An Endless Desire' was recorded. Twelve songs captured amidst whim and instinct, with musician friends dropping by to add extra instrumentation wherever the songs required. The result is a revealing collection of beautifully intimate songs which herald Penny's musical return.


‘My Lover’s Touch’ – shows the pendulum swinging the other way in its stark vulnerability, a female basking in the glow of a new relationship and new depths of physical intimacy.


Other tracks by Penny Hewson: This One's For You
%