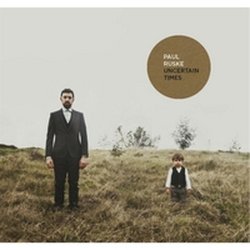 Paul Ruske is a New Zealand born, Melbourne based singer/songwriter with a batch of refreshingly honest songs that plug directly into the hopes and fears of living in today's world.

Ruske's timeless songwriting style echoes that of greats such as Neil Young, Bruce Springsteen and Paul Simon.
With impeccable musical skill & technical ability, Ruske accompanies himself effortlessly on a variety of instruments including piano, guitar and bass.

His signature style is laced with soulful, gospel-tinged piano and a stirring voice that has the rare ability of saying what a generation is feeling.

Familiar and undeniably relevant, this is powerful music. So much so that Paul recently had Washed in the River that he collaborated with Grammy Award Winning Soweto Gospel Choir included on their new album Divine Decade – Celebrating 10 Years which also features artists such as U2, Robert Plant, Johnny Clegg & Yvonne Chaka Chaka with Ladysmith Black Mambazo


This song was written by Paul when he was going through the birth of his first child and he was questioning the state of the world and what was important to him re family and friends.

Other tracks by Paul Ruske: Head in the Clouds  -  Washed in the River