Paul Kelly - With The One I Love 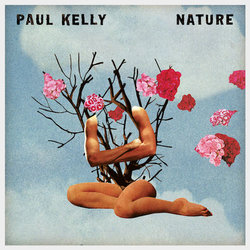 Paul Kelly is not just Australia’s greatest and most enduring songwriter.

There is something that goes deeper than that. His songs have a way of digging into the country in a way that few artists do, how it looks, feels, tastes, sounds. The joys and sorrows, achievements and follies. If you want to know something about Australia, how it feels to be Australian, you can find it in his songs.

He is one of those rare artists to spin a long career out of a hunger to explore new directions, from the raw and tender songcraft of Post to the hard-edged rock’n’roll of Gossip, to country and folk, bluegrass (see Smoke, Foggy Highway), a dub reggae-funk record with Professor Ratbaggy, a soul revue album with guest singers including his long-time backing singers Vika and Linda Bull (Paul Kelly presents the Merri Soul Sessions).

Kelly gave his first live performance in 1974, released his first album in 1981, when he was 26, and this year delivers Nature, his 24th studio set.


‘With The One I Love’ continues in a similar rocking spirit to last year’s ‘Firewood and Candles’ (which won Paul the coveted APRA Award for Song Of The Year) and again echoes the melodic guitar rock of Paul’s 80s work with The Messengers.