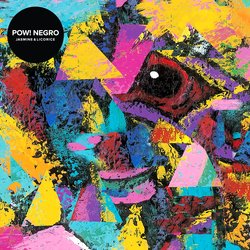 After firmly cementing themselves as one of WA’s most promising up and coming acts with their trailblazing live show and hard-hitting singles, POW! Negro are excited to release their long-awaited debut EP Jasmine & Licorice.
Featuring production work from David Kennedy (A Tribe Called Quest, Mos Def) and Michael Jelinek (The Growl), the EP showcases the group’s eclectic style of hip-hop, jazz and psych.

Having already graced stages with acts such as Remi, Sampa The Great, Koi Child and Blackalicious as well as playing coveted slots on festivals such as Groovin the Moo and Southbound, POW will be embarking on a run of dates in July to debut their new full live show, taking in Bunbury, Dunsborough and Perth.