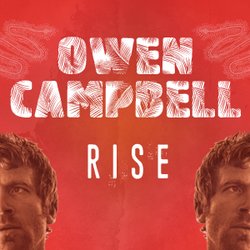 Owen's third studio album 'Breathing Bullets', produced by Devon Allman, debuted at #2 on the Australian iTunes Blues Charts and #24 on the US iTunes Blues Charts, being described by Blues Blast Magazine (US) as "A very good album with strong, diverse songwriting and a sound born and bred in American southern country blues all the way from the Land of Oz". Check out the album here: https://tinyurl.com/yd42suxz

Emerging nationally from a controversial showdown with Australia's Got Talent judges, Owen now travels the world playing to venue and festival audiences in the USA, Europe and Japan, clocking up millions of YouTube hits and thousands of album sales in the process.

"Seasoned musician with a mountain of talent." Sydney Morning Herald


Owen Campbell's latest track 'Rise' is a song about accepting defeat and moving on regardless. "We're all so afraid of death/change, but sometimes it's what is needed, like the shedding of skin." Recorded in the US with Devon Allman, the track has already achieved international chart success.