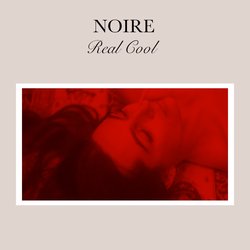 Following up their self-released EP Baby Blue in 2015, Noire have just announced the release of their debut album 'Some Kind of Blue', due September 29 via Spunk Records.

Growing up in the small regional town of Gympie, QLD before moving to Sydney where they formed in 2014, Noire is Jessica Mincher (vocals and synth) and Billy James (guitar).

'Some Kind of Blue' was produced by Wayne Connelly (Underground Lovers, You Am I, The Vines) with the help of Thom Eagleton on drums (Wild Honey) and Rosie Fitzgerald on bass (I Know Leopard).

Having toured across the US in 2015 and playing alongside the likes of Cold War Kids, Slum Sociable, Alex Lahey and Tiny Little Houses, Noire are known for their intoxicating, intimate live performances.


"Real Cool is a tribute to Air – the bass line, CS-80 synths and transient feel. It’s about the things you tell yourself when you think the one you love doesn’t feel the same anymore."