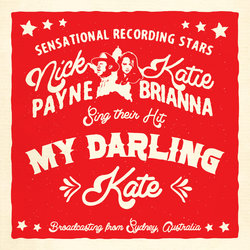 It’s not an unusual story, in fact you might call it a rite of passage, the suburban Aussie schoolboy in the ’80s, practising Hoodoo Gurus riffs on his birthday guitar, forming a new wave band with schoolmates, writing songs and perfecting his playing, almost making it, and then drifting out of music towards study, work and travel.
Sydney alt-bluegrass troubadour ​Nick Payne might have remained a weekend picker with a drawer full of songs, but the stars aligned when a move back to Sydney. A friend turned him on to Ryan Adams ‘Heartbreaker’ album, and Payne discovered to his surprise that he was a country music fan. With a wellspring of creativity, drawing inspiration from the traditional and modern Americana canon, he returned to performing, playing and writing with renewed focus.
Payne formed Sydney favourites ​Dear Orphans in 2006 co-writing with Lyn Taylor. The bluegrass outfit has toured, played festivals and performed solidly ever since as well as releasing two albums.
A growing collection of songs and a yearning to get back into the studio has prompted Payne to record an album of his own music. Musically rooted In bluegrass and Americana, Payne’s music crosses borders and blends cultures.


Nick and Katie circle each other with call and response lines that paint a lyrical picture of the the pursuit of reluctant love. The character, pining for his muse, knows the futility of his folly and can see the trap he’s willingly falling into, yet, as the saying goes, love knows no boundaries.