Nancie Schipper - When You Get Home 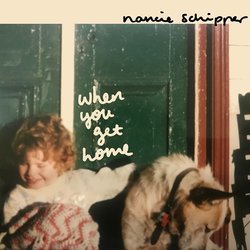 The 19 year old is no newcomer to the stage, having spent the last six years tirelessly working her way around the local scene - cutting her teeth playing pub gigs while being too young to buy a drink at the bar. The hard work is paying off for Schipper, who performed at St Kilda Festival and Queenscliff Music Festival, and has opened for the likes of Ball Park Music, Gretta Ray and Jack River.

Having now finished high school, Schipper is back with a new single ‘When You Get Home’ that encapsulates the idea of looking after your friends. Produced by John Castle (Vance Joy, Angie McMahon), ‘When You Get Home’ is a fresh take on a classic sound that cements Schipper as an artist to watch.


Recorded and produced by John Castle (Vance Joy, Thelma Plum, Angie McMahon), 'When You Get Home' is the first single to follow 'Long Fall'.

On the single, Nancie says, "This song is about checking in on all your friends and not letting them deal with things alone"