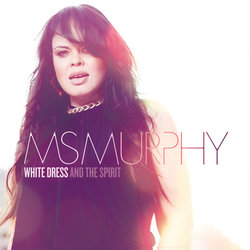 It was in a hall – a church hall – that Ms Murphy discovered the depths of her voice. As a young woman she dedicated herself to gospel hymns and was called upon to lead the church band as music director. The duty was a natural fit: growing up around her mother’s large Polynesian family had instilled in her the role of music in bringing people together. The responsibility also became, in large part, Ms Murphy’s musical education. In charge of delivering a moving hymn from a group of players and singers with varied abilities, she herself needed to know the ins and outs of piano and guitar, leads and backing harmonies. She had to know how to get the best from every instrument, every singer.


A blindsiding cover of the 2011 indie hit from Swedish outfit Little Dragon, ‘Ritual Union’ finds Ms Murphy teaming up with club-hopping gang The Bamboos and their ringleader (the song’s producer) Lance Ferguson to deliver something quite unexpected and certainly out of the ordinary.