Moonbase - Over U Feat. DVNA 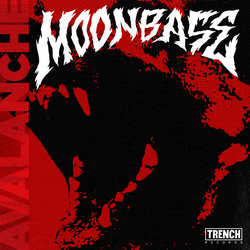 The release of the Avalanche EP represents not only a professional milestone for Moonbase, but also a personal one. As Moonbase explains, "Avalanche is the first major release I've put out into the world since I was hospitalised in early 2018 after being diagnosed with brain cancer. The EP marks a transitionary period in my life and acts as a point of renewal. Named after a recurring dream I had during my journey through brain cancer, Avalanche is the first of a series of EP's that I will be releasing in 2019."

Having already worked with the likes of Anderson Paak and Cakes Da Killa as well as having received accolades from international outlets like Pitchfork and Skrillex’s taste-making blog Nest HQ, Moonbase is ready to continue his rise to prominence off the back of the Avalanche EP.


Featuring his patented dark, booming aesthetic, this new record also sees the Sydney producer expand his repertoire into the worlds of bassline, trap and UK garage, as heard on the latest single to be lifted from the record, ‘Over U’ feat. DVNA, which premiered on triple j overnight.