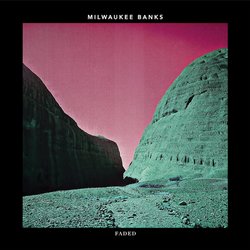 Milwaukee Banks is the project of Melbourne based Edo & Dyl Thomas. Influenced by the minimalist aesthetic of Cloud Rap, combining their unique flow and detailed electronica with southern hip hop production; it's a sound that continues to win fans

Milwaukee Banks burst onto the scene in 2014 with debut single ‘Pluto Bounce’ – a track which received wide-spread acclaim. They rounded out the year in prolific fashion by releasing an EP, a slew of remixes and collaborations with the leading lights of Australian underground electronic music. 2015 saw the duo perform stand-out sets at St. Jerome’s Laneway Festival and Golden Plains, but they’ve spent much of the year locked in the studio in preparation for the release of debut album Deep Into The Night.


The band describe their first single from their debut LP: "A dark insight into over drinking and it taking you to a place somewhere between euphoria and depression."

Other tracks by Milwaukee Banks: Reincarnated  -  Only One feat. Deja