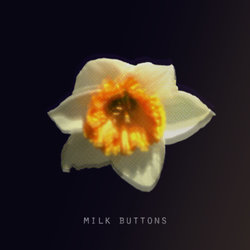 This split Melbourne/ Brisbane-based duo that make up Milk Buttons have been making impressions since their debut in 2017.

2018 had Milk Buttons planting the seed for this EP with their colourful, kaleidoscopic singles - ‘Cosmic Garbage’ released in August and ‘Some Impression’ released in November – where their psychedelic tones and textured sounds had audiences unanimously absorbed.

The impressionable melodies and rhythms found in these two singles are now being flared out alongside four other petals that make up this fully flowered EP. Overall, when bunched together ‘Daffofil’ is bright when exposed to the sun with moments of shade that stir pensive and ominous ambiguity.

As this innovative and thought-provoking set of tracks is now set for release on Friday, March 22, be sure to keep an eye out for the announcement of the ‘Daffodil’ EP tour at a later date.


In black and white, ‘Penguin’ marches forward in a snowstorm of fuzz and melancholic sentiments.

Other tracks by Milk Buttons: Bright Lights and Strange Bouquets
%