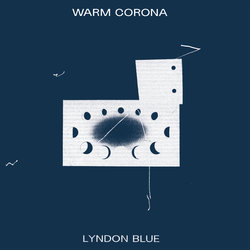 Recorded between a backyard shed and a disused physiotherapy clinic in the suburbs of Melbourne, Warm Corona is a six-song arc of warped DIY pop, inspired equally by Australian post-punk experimentalists (Severed Heads, Essendon Airport, The Metronomes) and the wild, wide-eyed songwriting of favourites like Arthur Russell, Kate Bush and David Byrne.

“The lyrics bounce from ancient architecture to social anxiety, creative optimism to self-doubt and at least one tarot card, tracing the ease with which we can feel despairing, emboldened or just plain mystified from one modern moment to the next. Is the “warm corona” the sun’s cosmic aura - an invisible force watching over us from on high? Or is it, after all, just an underwhelming beer from where you’d rather be?”


‘Only Connect’: the title is a quote from E. M. Forster’s novel Howard’s End (apparently it’s the name of a British game show, too). This one’s a platonic love song, built on a driving drum machine rhythm; I wanted it to feel like Suicide covering Springsteen (or vice versa, which actually happened apparently).

Other tracks by Lyndon Blue: Performance  -  Page of Wands
%