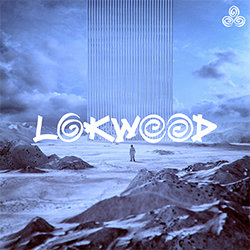 Sydney multi-talent picked up his first instrument when he was four-years-old and now at 25, he has spent more than two decades living and breathing music. He’s soundtracked TV shows, mastered guitar and violin, played at the Sydney Opera House, graduated from the Australian Institute of Music, worked as a session musician and toured internationally with a jazz troupe.

After playing on the Listen Out tour with Kilter, Lokwood realised he was ready to unleash something new. So he reached out to Golden Features for production lessons, knuckled down in the studio for six months and went to work on the debut self-titled EP.

The Lokwood EP stitches together influences that span decades and continents. It’s got synthesizers and electronic production, but there’s also samples of African drum lines and live recordings of obscure instruments unearthed during travels in Asia. Each song tells a story written from personal experience, and they even feature Lokwood’s own vocals.

“Coming from playing in bands, being a producer gave me the freedom and control to do what I wanted to do,” he says. “The EP is a snapshot of my life and all the music I’ve lived and breathed.”

Other tracks by Lokwood: Flow  -  Would You Need
%