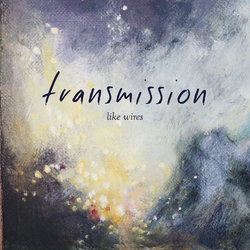 Transmission, is a posthumous release by Like Wires. A ten track love letter and invitation into the true emotions, energy and passion that drove Ash Hansen.

Many will recall Ash as the front man of Rumanastone, a band who enjoyed success in the late 90s and early-noughties before disbanding in December 2003.

Ash passed in October 2014, age 39, his death the result of a virulent melanoma. The diagnosis came just five weeks earlier, the cancer so brutal it took his life in little more than a month.

He had been working on a solo album with his long-time collaborator, Tim Whitten. With no clear boundaries set, Ash’s work at this time was free-flowing creativity at its finest, the music a mix of folk, rock and pop with electronic flourishes.

Led by Millie Millgate, Ash’s close friend and respected music industry figure, a number of individuals who shared both professional and personal relationships with Ash banded together to honour Ash’s memory by coordinating the release of Transmission via a Pledge Music Campaign.

The campaign surpassed its goal and $9000 was donated to Support Act in Ash’s name and with it his legacy will continue to help other musicians in need.


On the surface, Satellite is cheerful guitar pop number with an undercurrent of melancholy and yearning. This song started its life with the working title “City Love” and may have been retitled to suit the album thematically. The accompanying video clip was made with love by Ash's friends.

Other tracks by Like Wires: To The Departed  -  The Architect