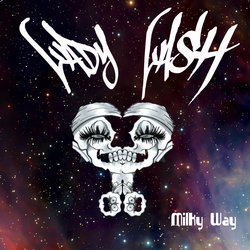 Lady Lash is one of Australia’s intriguing and prolific artists of our time. A proud Indigenous/Greek woman from Ceduna, West Coast of South Australia, Lash spent her childhood days out on the Koonibba Mission listening to her Mum’s cassette tapes and learning how to sing & rap by emulating what she heard on those tapes and on the radio.

Lash relocated to Melbourne in 2009 where she released her first EP in 2010 entitled ‘Pearl’ that featured songs ‘It ain't Easy’ & ‘Busy Bee’ which had had her nominated for a Deadly Award.

Then in 2013, slaying the music scene with a multi-award-winning debut album, Crystal Mercy ‘The Fisherman's Daughter’, which saw her take out a VIPA award for 'Most Promising Act and The Age Music Vic Genre Award for 'Songlines Best Indigenous Act".

With numerous Festivals and Shows under her belt, her natural talent has seen her supported the likes of Jessica Mauboy, Archie Roach, Paul Kelly, Dan Sultan & Urthboy.

A storyteller of Hip Hop & Jazz, Lash releases her 3rd Album 'Milky Way', with head nodding goodness and a candid heartfelt playlist; this is another classic for the collection not to be missed.


This track is about my Childhood memories while growing up in Ceduna, West coast of South Australia.

Other tracks by Lady Lash: Clockwork Blue  -  Family All The Way