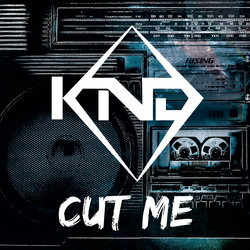 Karnage was one of the first pioneers of hip-hop in Alice Springs, performing with Central Mob when he was a teenager. He left to study music at CASM in Adelaide, where he met Darknis through the Adelaide hip-hop music scene. Since those early years he seen the hip-hop scene in Alice Springs grow until it now hosts regular visiting international hip-hop acts.

The lyrics of their songs often involve Aboriginal land rights, social issues and everyday struggle. Their first hit was ‘Only Tha Strong Survive’ was the title track from their debut album released in 2010. Since then they have performed at events such as Dreaming Festival in Qld, Spirit Festival in Adelaide and Inala Festival in Brisbane. They have supported such artists as Paul Kelly, Coloured Stone, No Fixed Address, Archie Roach, Jessica Mauboy, as well as hip-hop legends like Naughty by Nature, Bone Thugs, Ja Rule, Scribe, Savage, K-rino and Outlaws. KND performed at Spirit Festival in Adelaide and on the opening night of Wide Open Space Festival in Central Australia in 2016 and 2017.

They have recorded their second album, which is due for release through CAAMA Music in 2017.


'Cut Me' focuses on the cycle of domestic violence.
The track also features the serene vocals of Indigenous singer/songwriter Kristal West, who has also recently released a track as an ode to her grandfather and storied Australian land rights activist, Eddie Mabo.