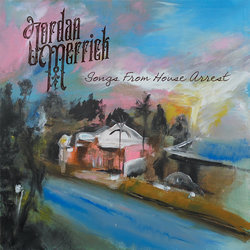 This humble, musical-poet released his debut single ‘Untitled #1’ in February which alone has had 250k+ plays on Spotify, had national radio play on Triple J & Double J and was later followed up by the single ‘You Gotta Go’ that reached #2 in the AMRAP Regional charts in May.

Merrick then took his debut EP ‘In Colour’ (released May 5) on tour along the East Coast of Australia.

To follow up his debut EP, Merrick released the adventurous single 'Travellin' in August, that was added to rotation on ABC Country.

Now, 'Gypsy Diver' is the first track to feature a full-band and fronts the Merrick's sophomore EP, 'Songs From House Arrest' (Out October 20).

Merrick will be touring with his sophomore EP in November, playing shows in Sydney, Melbourne, the Sunshine Coast and Brisbane.

"It's an anachronistic yet essentially timeless sound that Merrick has crafted for himself”
(theMusic.com.au)

"Merrick brings a raw, stripped back sound to the song, reminiscent of The Tallest Man On Earth.” (Timber & Steel)


Showing a completely different side to his previous releases reminiscent of The Tallest Man On Earth, ‘Gypsy Diver’ is a downtempoed, swinging blues/ folk/ rock track, boasting Merricks demanding cries, spacious slide guitar, trembling blues piano and tom-heavy drums. The use of the full band makes this a yielding listen.