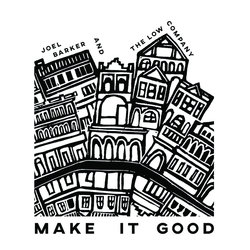 “Barker's harsh, soulful voice warned both body and mind, having a solid range that goes from ragged to mournful in an instant. I was hooked." – Lost Magazine

So far, 2016 has seen Joel Barker and his band, The Low Company , perform successful shows across the WA, including the State of the Art Festival , Hidden Treasures Festival, Nannup Music Festival and the Wheatbelt Touring Circuit .

Now, they’ll be topping it off with the release of their new single “Make It Good” out Friday the 11th of November.

The single is the first track on an upcoming EP, to be released released in early 2017.

The EP focuses on Fremantle as a setting and tells the daily stories that unfold in Western Australia's Port City.

Barker’s previous release ‘Beyond the Crows’ (released in 2014) gained national and international recognition, with airtime on Triple J , Double J , ABC National Radio, BBC2 Radio in the UK, and charting at No# 3 on the Amrap Regional Charts .


'Make it Good' is about moving to the coastal town of Fremantle in Western Australia and feeling a sense of belonging for the first time in Perth. Written to reflect and capture the industrial history and friendliness of the place, the song captures a 1970's pop rock summer feel.