Joe Kiely - No One But Yourself 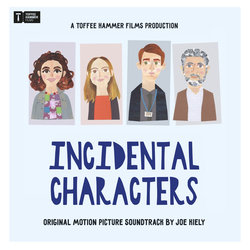 Graduating with a degree in film making in 2009, his career initially began behind the camera, working as a director of photography and editor for many Australian advertising agencies before gravitating into his natural habitat of music and sound. In 2019, Joe completed his Master’s of Music in Composition for the Screen at the Royal College of Music in London as a scholar, and has since then scored music for UK independent cinema, dozens of international advertising campaigns and tracks for bespoke library music companies.

Now based in New York City, Joe is continuing to grow his portfolio of intriguing cinematic storytelling by collaborating with up and coming directors while workshopping his own material, perhaps one day destined for the stage and screen.


The title track from the film Incidental Characters - a very British comedy about fitting in, falling out, getting lost and finding the way back again.

The track features twice in the film, and embodies the film's core theme of finding yourself, being true to yourself and being no one but yourself. Full soundtrack available on all streaming platforms.