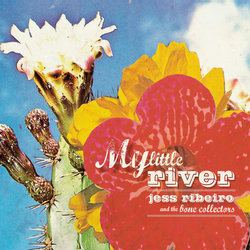 Jess Ribeiro grew up in a truck yard in NSW before forming The Bone Collectors in Darwin, NT, with fellow musician Rob Law.

They have travelled as a duo and with band, around the country playing at national music festivals, and supported esteemed international and national acts including Steve Earle, Charlie Parr (US), the Waifs, and Mama Kin.

Their sound has a distinct raw energy that takes the listener on a journey through dark and dusty territory that's been compared to the likes of Karen Dalton, Cat Power, Neil Young and Johnny Cash.

In 2009 the pair recorded and released their debut EP “Pilgrimage”, which was subsequently “Unearthed” by Triple J radio as one of the “New Crop” artists to watch in Australian Music Month. They were also featured in Australian Rolling Stone magazine amongst a plethora of local and national press that included a 4/5 rating from Triple J Director Richard Kingsmill stating – “Jess is a great singer, I really love the way she delivers a song, and she never overdoes it”.

Their first album, My Little River was recorded in Gippsland with producer Greg Walker in July 2011 in an old hall and converted bakery studio.


A raucous song filled with dark lyrics about growing up in a truck yard and wanting to grow up and escape.

Other tracks by Jess Ribeiro and The Bone Collectors: Sweet Refined Things  -  My Little River