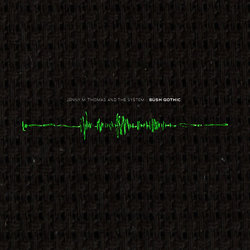 Other tracks by Jenny M. Thomas and The System: Black Velvet Band  -  Maggie May
%