James Scott - Turn it up 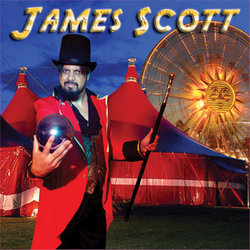 Growing up in Broome & the Kimberley’s, James found his love for music in his early teens, being involved with various bands and theatre productions in Broome. Now residing in Perth, James brings his own unique style of country-rock!
With a list of performances in both West Australia & Victoria; including NATSIAC (the National Aboriginal & Torres Strait Islander Anglican Committee in 2009), James has had an amazing response to both his amazing vocals and his writing.
The release of his first ‘all original’ self titled CD at the start of 2012, shows James’ appreciation of all genres of music – from country to celtic, glam rock, blue grass, southern rock & metal, with a writing style that is fresh to the Australian country music scene. This diversity creates a distinctive sound which shows James’ ability to mould genres, creating his own unique approach to music.
James has had rave reviews through online radio across the world and a multitude of live radio stations throughout Australia.


Turn it up; is a country hoedown party song. Turn it up, dance and just have fun!

Other tracks by James Scott: Hoe Down In Hoe Town  -  Scarecrow
%