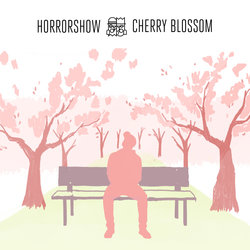 Horrorshow are a duo from Sydney, Australia.

Emerging in 2008 with an album largely created in high school, Horrorshow signed to Elefant Traks and released 'The Grey Space'. It received immediate industry recognition with an ARIA nomination and a run of support slots on national tours. A year later they released 'Inside Story', solidifying their reputation for eloquent lyricism and soulful production; their musical maturity defied their young age.

Their 3rd album 'King Amongst Many' landed at #2 on the ARIA chart and catapulted them into a new sphere of their career; nominated for a J Award, an ARIA award and shortlisted for an AMP Award.

Their most recent release, 'Bardo State', landed in February 2017 at #4 on the ARIA chart. With invigorated and inspired production and fresh flows, Adit and Solo breathed new life into Horrorshow, earning the respect of new fans with songs like 'Eat The Cake' and 'Push feat. Taj Ralph', and reeling loyal fans back in with songs like 'Astray' and 'If You Know What I Mean'.

'Cherry Blossom' is the newest instalment of this release, and is a Australian love song with a RnB feel to it - another direction again.


'Cherry Blossom' is the newest instalment from heir 4th studio album, 'Bardo State' and is a Australian love song with a RnB feel to it - a fresh direction again for this Sydney duo.