Glen Heald - No Way Out 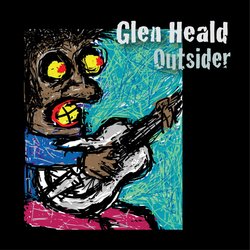 Glen Heald is a multi instrumental singer / songwriter who was born in Australia and took up the Guitar after hearing Hendrix, Pink Floyd, Roy Buchanan, Santana and Robin Trower. He had the good fortune to study Jazz in Tasmania with Jim Lade (who had studied at Berklee college of music). After completing an Associate diploma in music he led the first of many original bands and started playing Flute, Banjo, Blues harp and Chapman Stick. In 1992 Glen established the first fully contemporary music course in Darwin Australia. In 2001 he started performing with the Australian Aboriginal singer songwriter Shellie Morris, recording and producing her CD "Waiting Road". Glen composed the acoustic music for the Aboriginal film "Merrepen" in 2005. Toured Europe with Shellie Morris in 2007 and performed at the Sydney Opera House in 2008. Glen produced the music for the Aboriginal film "In a League of their own" in 2009 and produced and released his debut album and his second album in 2010. In December 2013 Glen produced and released his third studio album "Outsider"