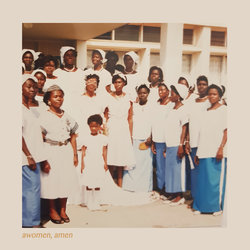 Genesis Owusu is a 20-year-old Australian/Ghanian hip-hop artist who also counts poetry and fashion as talents. A top-five finalist in the Triple J Unearthed High School competition at age 17, Genesis then went on to win the 2016 Triple J Unearthed Laneway competition. His debut EP Cardrive, released last year, exposed him to a crop of new admirers intrigued by his unique abilities.

Born in Ghana, West Africa, Genesis’ family moved to Canberra in 2000, when he was just two. 'Being put in that situation automatically made me an outlier, which was something I quickly grew to accept and own,' he said in a recent interview. 'So since then I just unapologetically did really cool shit.' His explosive live sets have been enjoyed at Groovin’ The Moo, Spilt Milk and St. Jerome’s Laneway Festival. He's recently supported Aminé on his recent tour of Australia, and today sets off on a huge national tour in support of Cosmo's Midnight


'Awomen, Amen', produced by Simon Marvin and Perrin Moss of grammy-award nominated Hiatus Kaiyote is 'an ode to the female in all of her grace, elegance, nastiness, power, rebellion, boldness and ferocity.'