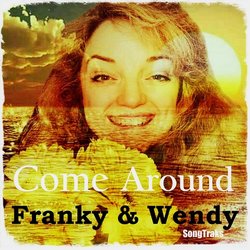 'Franky & Wendy'
(Franky Valentyn & Wendy Angel)
Popular Sydney Duo that began life in 2014 and can be best described as a Folky/Pop act playing their own brand of original Dreamy, Folky, Pop songs amongst a range of well placed 60s/80s covers.

Franky & Wendys previous release, 'Dream On Me' received high acclaim and praise, spending 2 weeks on the AMRAP charts. Todate the Duo have released 8 amazing singles* 'Cry', 'Wise' 'Running Away', 'You Make Me Whole', 'Angel', 'Tears On My Pillow', 'I Live I Die!' and Dream On Me! All receiving an amazing response around Australia from both radio and their live performances.

So who are Franky & Wendy?
Franky Valentyn is a multi talented, award winning artist described as a musical 'polymath' who is also the creative force behind 'The Franky Valentyn Project'!

His lovely and amazing vocal partner Wendy Angel, is a talented performer and whilst Franky takes a background role, Wendy is upfront leading the duo.

They perform 3-5 gigs a week on Sydney's major Pub & Club Entertainment circuit with occasional regional tours and their children's show, 'Fun With Franky'


Come Around is about first love lost, that's always open to coming round again opening with, "Come around when there's no one there to hold you, when you look at me and it's love you'll see, so come around."