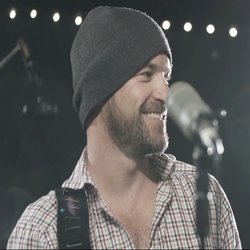 Ed Jackson’s music is a fusion of heartfelt lyrics and upbeat melodies, that according to contemporary Bill Hunt (Upwey) “makes you think and smile at the same time.”

Ed’s lyrical playfulness and mix of light and dark sentiments make him stand out as one to watch in 2017. His songs represent the range of human emotion from love to sadness revealing personal moments via homespun folk, pop, blues & rock.

Inspired by the likes of wordsmith singer/songwriters such as Paul Kelly, Bernard Fanning, Cat Stevens, Chip Taylor and Sixto Rodriguez, Ed is being recognised as an accomplished songwriter whose tracks are as authentic as they are catchy.

Teaming up with collaborators JP Vernon on bass (The Mighty Resonators, Crash & the Crapenters) and creative producer Alexie Pigot (drums, guitar, keys) Ed’s debut 6-track E.P For A While was released in Feb 2017 on CD and through all major online music retailers for streaming and download.


Smile A Little More is an upbeat song about the breakdown of a relationship.

Other tracks by Ed Jackson: Slowly
%